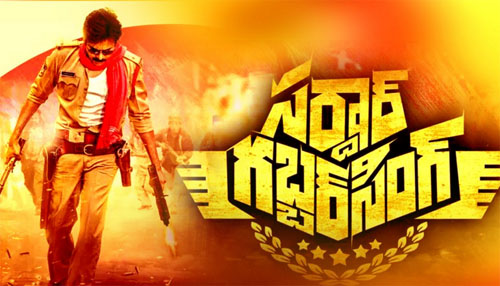 Brush off:
1) Movie definitely needs a sharpened scissors to reduce the length
2) Considering a major league heroine, Kajal should have taken extra care on her make up ; she lost charm and looked uninterested
3) Believe it or not, overall package (the movie) has linkage issues. It appears like last minute stress on entire team. I could see some flashy unexpected or confusing scene transitions
4) Story, Screenplay, Direction – Pawan Kalyan  😉
5) Quality of the movie is not consistent in terms of video quality. Beginning of the movie is no less than any youtube video quality
6) Pawan and Veena step was a dud.  Pawan tried  his best to dance in the movie but let me put this way, we should limit him to do easy teenmaar steps, period
7) Pawan Kalyan creative works team needs to be strengthened to do better graphics
8) Movies are not a platform to get into politics in full fledge
9) Inconsistent and unappreciated dubbing
10) Mega family – STOP abusing Chiru’s songs and dialogues. Never thought, Pawan needs Chiru trump card at least for his movies

It is very clear that Pawan was sandwiched between Gabbar Singh and Attarintiki Daaredi success and was feeling overly burdened to make this movie work. It’s totally Pawan’s baby. Good thing about established heroes is they can make 3 hour length of movie only for their fans. And, surprisingly, he has enough fans to watch to get ROI.

My two cents, the heroes who are investing in the movies they act, should only ACT and control the urge of involving themselves in any other department..

Story in a nutshell (spoiler alert):

Sardaar Gabbar Singh is a new age version of a cowboy in a police dress. He’s affected and reacts to every bad thing that happens in and around him. How Sardaar saves Ratanpur village and his love interest is what this commercial flick offers. Entertainment with an overdose of unwanted screenplay.

I am hesitating to recommend. Not just Guns, Guts, and Horses, Patience is much needed to watch this lengthy movie!